We provide a simple hassle-free solution to sell and buy almost anything.

As a Seller you can:

As a Buyer you can:

We are highly focused on security and able to resolve any issues in short terms.
A Buyer may leave review after an agreement with a Seller to buy.
A Buyer may report problems with an ad and we will check the Seller.

Mission Statement
Rockview Hotels are totally committed to rendering the best service to the public and tourists, as part of our contribution to the development of tourism and the hospitality industry in Nigeria.

History
The Hotel commenced operation in April 1996 with 106 (One Hundred and Six) luxurious rooms including suites, tastefully furnished to international standard. It was officially commissioned on 28th September, 1996.

Welcome to Rockview Hotels
Rockview Hotel is an indigenous Hotel owned by Rockview Hotels Limited under the chairmanship of Chief (Dr) Vincent Amaechi Obianodo, MON.The Hotel started its business in Abuja, Nigeria in 1995 with 106 luxurious rooms including suites. It was officially commissioned on 28th September 1996 by then FCT Minister Lt J.T Useni.The First General manager of the hotel was Mr. Walterton Collin who commenced operations from Scratch. He handed over to the present Group General Manager, Mr Ugbor Vincent in August 1997.The Hotel since then has made tremendous progress with its expansion projects. In 2004, the Hotel commissioned one of its Abuja projects and commenced operation on 17th May, 2004 with additional 211 rooms including Suites.The expansion continued in Abuja with the addition of 12 Flats of Two Bedroom Apartment which commenced full operation in April, 2009.Shortly after the commencement of the Apartment, Rockview Apapa commenced operations on 5th May 2010 with 100 luxurious suites.

For proper identification, the 2 hotels in Abuja were given the following names: Rockview Classic and Rockview Royale while Lagos has Rockview Festac and Rockview Apapa though quite distinct in location and we launched one more Rockview service called Owerri on 1st Nov 2012, has inaugurated with 107 rooms and suites in the heart of Imo state. Determined to improve quality customer service and retention, the Managing Director Mr Obiora Vincent Obianodo, an Economist with a Masters degree in Service Management, introduced State of the Art Hotel Management Software and Application. This has enabled improved customer service and has earned the Hotels pioneer status in 21st Century Hotel management.

The Managing Director (MD) is desirous of spreading the hospitable tradition of Rockview Hotels to parts of the Country, a vision which has already has began with Rockview Owerri, from the Imo state and we inaugurated Rockview Owerri on 1st Novemeber 2012. We just recently aquired a property Eko atlantic, is strategically located hotel in the heart of Lagos near by victoria Island. And this will be the 6th Milestone of Rockview history by the name Rockview Atlantic. The MD is poised to create employment and give host communities a sense of belonging by buying off and upgrading hotels or build new ones where need be.

The post About Rockview Hotels appeared first on FMISCONNECT  Nigeria No. 1 Online Portal 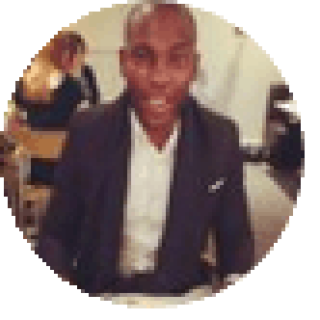